No, hummingbird migration isn’t accomplished with our stunning, yet tiny birds riding on the backs of geese!

While that bit of folklore is untrue, what’s accurate is there's still much about the migration habits of hummers we don’t know.

Here’s what we do know: even with over 300 species of hummingbirds there’s still much that many of them have in common.

I find it interesting that hummingbirds migrate as individuals.

Rather than fly in flocks our flying jewels travel all alone.

One advantage to this is that it’s hard for predators to see these tiny birds.

Flying in a flock would only serve to bring more attention to them.

Since hummingbirds need to stop often to feed along their journey, being alone is perfect so they aren’t all trying to feed at the same location.

As they migrate hummingbirds fly low to ground. They’ll skim close to water or stay just above the tree line.

When Does Hummingbird Migration Start South?

One thing you’ll never have to worry about is whether the hummingbirds living in your garden will know when to leave as summer turns to fall.

Some folks think that leaving a feeder out too long will somehow affect hummingbird migration patterns. Not true. They know when it’s time!

As the sun’s angle and the amount of daylight changes, hummers know it’s their time to migrate. Most migrate from various North American locations back to South America.

Did you know they’ll begin to eat more at this time in order to gain weight?  They’ll actually gain 25% or more of their overall body weight. This is remarkable as “normal” sized birds wouldn’t be able to fly after gaining so much weight.

Depending on whether they’re on the Eastern seaboard (Ruby-throated) or up in Alaska (Rufous), hummingbird migration will start anywhere from August to October.

By the way, one species that normally stays in the US year-round is Anna’s. They’ll stay along the Western coast all year.

As winter turns to spring, it’s time for our hummingbird migration process to move back north in order to find the best breeding habitat.  In the southern part of America, hummers begin arriving as early as February. They’ll start arriving in Alaska by May.

These amazing little birds sometimes overcome great obstacles to make it north. For example, there have been sightings of Rufous hummingbirds falling from the sky over the Mojave Desert as they migrate to Alaska.

Then there are the Ruby-throated hummingbirds migrating over the Gulf of Mexico.

These little guys must eat constantly every day in order to survive. And, while they usually fly during the day and sleep at night, when flying over the Gulf there’s no place to land in order to sleep or eat.

For over 450 miles, they’ll fly over the water and just keep going and going until they reach land again (about 20 hours). Sometimes, they’re even battling 20 mile an hour winds.

Why Do Hummingbirds Migrate?

If you’re like me, you may wonder why they go through all this effort.

It’s believed that hummingbirds evolved out of the ice age. While they’re mostly tropical in nature they began exploring up into North America as the ice sheets melted away.

As North America warmed they were able to go up as far north as Canada and Alaska in order to leave competition for food in South America.

As it became easier to find flowers that provided them valuable nectar, as well as insects, it was only natural for them to migrate north.

However, when winter and freezing weather comes the food flowers and insects provide dries up. That’s why they migrate back “home” to Central and South America.

Remember when I mentioned there are over 300 hummingbird species? Understand that all hummingbirds don’t follow the exact same migration patterns.

Anna’s hummingbirds aren’t the only ones to stay north during the winter. While most Ruby-throats are migrating south some actually stay along the Gulf Coast or in North Carolina’s Outer Banks.

One of the recent and exciting changes to hummingbird migration patterns is how more of them are flying out of their “normal” ranges.

For example, Rufous Hummingbirds have been seen more often over the last 20 years on the eastern side of the US. While they breed normally in the west, many have moved east.

What we’re seeing is more folks like you and me putting up feeders and growing hummingbird gardens. This means more of our favorite birds are adapting to staying north in areas with mild winters.

If you have moderate winters you can try leaving your feeder up year round to see what happens. Of course, be sure to keep the sugar water from becoming frozen. A great trick for this is to place your feeder near a heating lamp.

You can also stop your sugar water from freezing by placing it inside at night. It’s vital that you keep the mixture fresh just like you do in the summer. If hummingbirds can still find bugs and insects for protein and fats in your area you may just find that you can enjoy them all year round!

Rufous – During winter, they reside throughout Mexico, coastal & southern California, and the Gulf Coast from FL to TX. They start traveling south in August from Alaska and British Columbia, Canada, where they arrive in April after starting their migration in February.

Ruby-throated – They fly along the Appalachian Mountains on the East Coast of America. They start north from as far south as Panama in February and begin their southern trip each September.

Calliope – They start south each August from British Columbia. Each March they head back and arrive in BC in late May.

Allen’s – They spend the summer in southern Oregon. They start from Mexico and southern California in February. By July and Aug, they begin flying back down south.

Costa’s – Like Allen’s, they have a short fly zone. They head north in February and reside in Arizona, California, Utah and Nevada during the summer before heading south again in May.

Broad-tailed – They spend the summer throughout the northwest area of the US. They arrive in Arizona around late March and some of the other northwest states by May. They head south in late September and early October.

Black-chinned – They spend the summer in British Columbia and the northwest section of the United States. They fly from Mexico up through the southern states starting in March, reaching their final destinations by May. They reach Mexico again in November after beginning their migration in September.

Hummingbird Habitat -Basic facts about the perfect hummer habitat, as well as how you can create your own garden in order to enjoy these fantastic flying jewels.

Hummingbird Mating - Do you know about their amazing mating dance? Discover mating, nesting and birthing rituals. 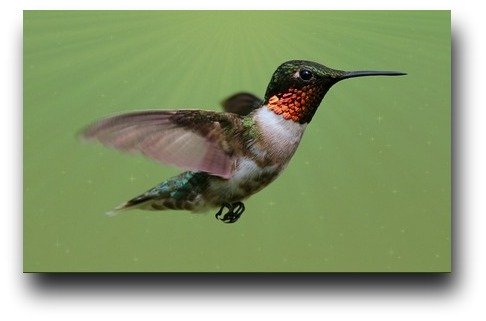 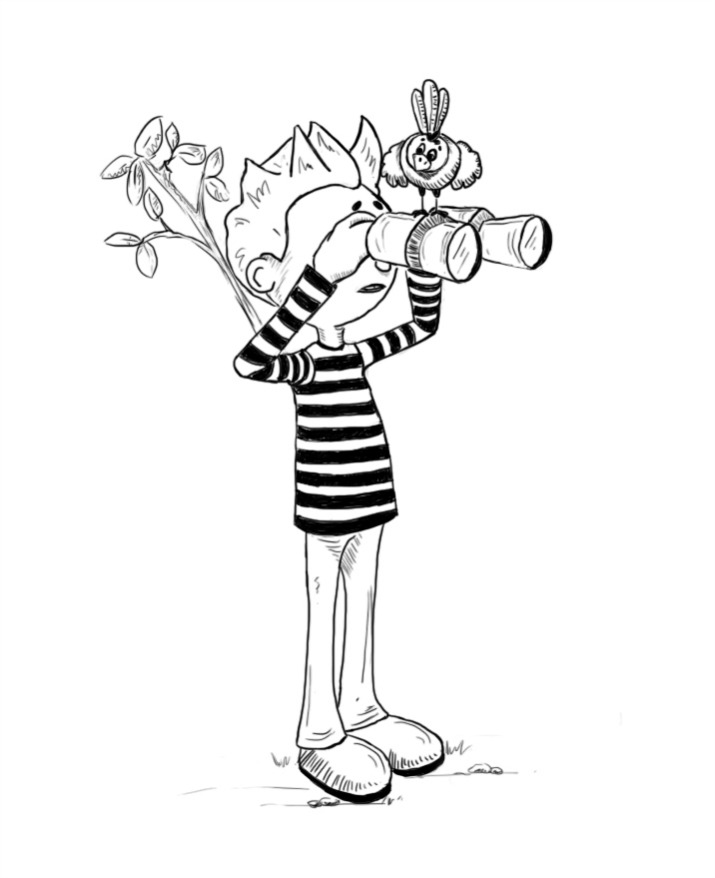